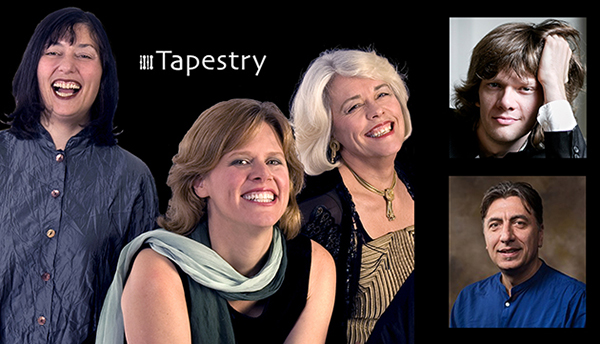 This concert is dedicated to Artistic Director Phillip Spurgeon, with
gratitude for his many years of service to The Artist Series. 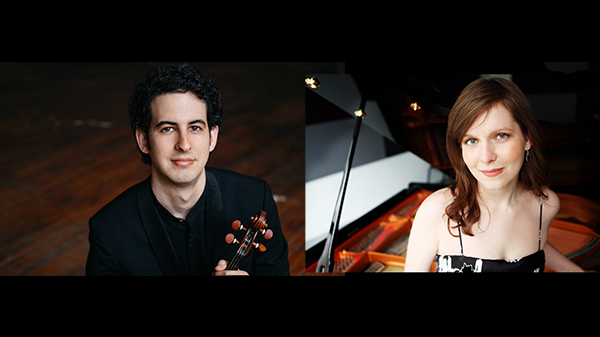 Born in Tel-Aviv to a family of musicians, Itamar Zorman began his violin studies at the age of six at the Israeli Conservatory of Music in Tel-Aviv. He received his Bachelor of Music from the Jerusalem Academy of Music and Dance and his Master’s of Music from The Juilliard School in 2009, where he studied with Robert Mann and Sylvia Rosenberg. The recipient of an Avery Fisher Career Grant and a Borletti-Buitoni Trust award, Zorman was also joint winner of the 2011 International Tchaikovsky Competition. As a chamber musician, Zorman has appeared at the Lincoln Center, Zankel and Weill Recital Halls in Carnegie Hall, and at the Kennedy Center in Washington, DC. He is a founding member of the Israeli Chamber Project, and a member of the Lysander Piano Trio, with which he won the 2012 Concert Artists Guild Competition. Itamar Zorman plays on a 1734 Guarneri Del Jesù from the collection of Yehuda Zisapel.

Praised by The New York Times for her “thoughtful musicality” and “fleet-fingered panache,” Liza Stepanova is in demand as a soloist, collaborator, and educator. As a member of the Lysander Piano Trio, she won the 2012 Concert Artists Guild Competition and received the Grand Prize at the 2011 Coleman Competition. The Trio gave its Kaufman Center and Weill Hall recital debuts in 2014 to enthusiastic reviews. Stepanova’s first solo piano CD, recorded in New York City in 2018. The recording features music from Bach to Ligeti that was inspired by visual art. Stepanova has performed as a soloist and chamber musician at international festivals at Castleton, La Jolla, Music@Menlo, Mostly Mozart, Copenhagen (Denmark), and Davos (Switzerland). Stepanova received her DMA from The Juilliard School with a Richard F. French Award for outstanding doctoral work. Following teaching positions at The Juilliard School and Smith College, she is currently an assistant professor of piano at the University of Georgia, Hugh Hodgson School of Music.

Itamar and Liza are married and have a 2 year who loves being on the road with mama and papa!

With grateful thanks, this concert is dedicated to all the current and former members of the
Artist Series Board of Directors and Guild, who have served tirelessly throughout the 25-year
history of The Artist Series. 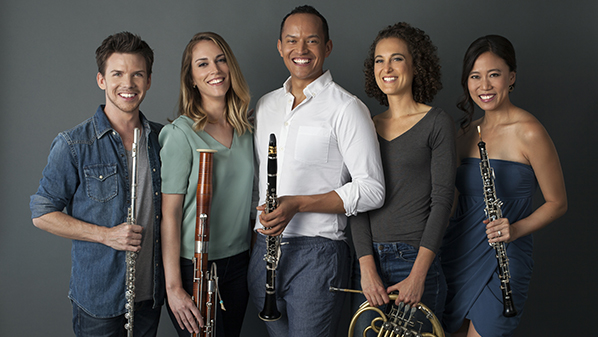 WindSync is five outstanding North American musicians who come together as performers, educators, and community-builders. Their concerts are intimate, joyful, and thoughtfully programmed with people and places in mind. The quintet eliminates the “fourth wall” by performing from memory, connecting quickly and memorably with audiences. 2018 finalists of the M-Prize Chamber Arts competition and recent winners of the Concert Artists Guild and Fischoff competitions, they approach their mixed repertory of wind quintets and arrangements with the highest level of artistic dedication. WindSync takes a special interest in reaching children, families, and underserved audiences. Each year the ensemble presents the Onstage Offstage Chamber Music Festival in Houston, designed to connect musicians, students, and audiences across neighborhood boundaries. Advocates of 21st century music, the members of WindSync have led master classes at New World Symphony, Texas Music Festival, and Northwestern University, among many others. The ensemble has been designated an ensemble in residence at Adelphi University through 2019 and continues to build on 6 years in residence at the Chamber Music Festival of Lexington and 2 years in residence at the Ravinia Festival.

This concert is sponsored by Lois D. Griffin with gratitude to her husband Bob Griffin and
friends Ginny Densmore, Waldie Anderson and Carolyn Bridger Anderson. 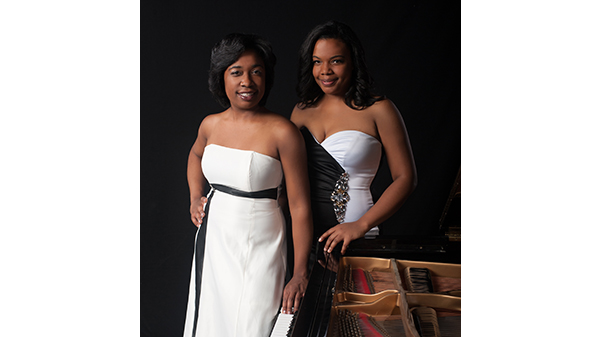 Sisters Michelle and Kimberly Cann have been making music together since they were in elementary school in Florida. Both grew up playing multiple instruments but the piano was their first love. They won many of the same competitions (often simultaneously in the junior and senior divisions); performed as soloists with the same ensembles, such as the Florida Orchestra;  and worked with many of the same artists.

The sisters are both passionate about outreach and education. Kimberly founded an El Sistema-inspired program called “Keys for Kidz” which is geared towards providing free group-piano instruction for under-served children. Michelle is an instructor in a thriving, El Sistema-based, music program called “Play on, Philly” (POP).

Michelle Cann began studying piano at the age of seven and has placed in various state, national, and international competitions including the Music Teacher’s National Association Competition, the International Russian Piano Music Competition, the Gilmore Piano Foundation Competition, and the Blount Young Artists National Competition. She made her orchestral debut at the age of 14. Michelle was selected to perform in both Beijing and Shanghai, China and Seoul, South Korea. Michelle received a BM and MM from the Cleveland Institute of Music and the Artist Diploma from the Curtis Institute of Music where she studied under Robert McDonald. In 2016, Michelle gave the New York premiere of the Piano Concerto by Florence Price (1887-1953), the first African-American woman to be recognized as a symphonic composer.

Kimberly Cann made her solo début at age 12 and her orchestral debut (with Beethoven´s “Emperor” Concerto) at age 13. She received a MM from the Eastman School of Music and was a Visiting Professor of Music and Artist-in-Residence at Northern Caribbean University (Jamaica). President of the Asheville Area Piano Forum and VP of Marketing for the Asheville Symphony Orchestra, she maintains a thriving teaching studio in Asheville, NC and performs regularly as a soloist and chamber musician.

This concert is dedicated in honor of Ginny Densmore and
in memory of Laird Anderson. 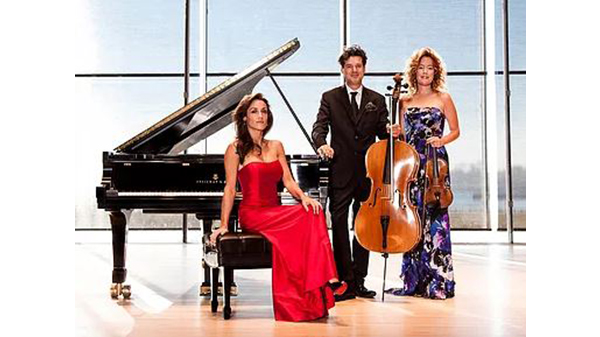 Nominated for a 2017 GRAMMY Award for Best Performance by a Small Ensemble, the Lincoln Trio has become Chicago’s most celebrated chamber ensemble. Praised for their “joy of sheer technical ability, unanimity of phrasing and beautiful blended tone” the trio takes its name from their home in the heartland of the USA. The Trio’s polished presentations of well-known chamber works and their ability to forge new paths with contemporary repertoire has led to the group’s reputation as a first rate ensemble, drawing an eclectic audience of sophisticated music lovers, young admirers of contemporary programs, and students discovering chamber music for the first time. They were the winners of the 2008 Masterplayers International Competition in Venice, Italy.

Each member is an artist of international renown. Violinist Desirée Ruhstrat has performed throughout the US and Europe, appearing at the White House and performing on a live radio broadcast heard around the world with the Berlin Radio Orchestra. Cellist David Cunliffe has performed with the BBC and Royal Scottish orchestras as well as touring as a member of the Balanescu Quartet, and pianist Marta Aznavoorian has appeared with the Chicago Symphony and has performed at the Kennedy Center and the Sydney Opera House.

We applaud Radiology Associates of Tallahassee for sponsoring this performance.

The Lincoln Trio appear by arrangement with Lisa Sapinkopf Artists

Many corporate sponsors in the capitol region support the Artist Series. We are grateful to all whose contributions make it possible to sustain artistic excellence and variety, affordable tickets, and our music outreach programs that inspire students and help to protect the future of classical music.

Programs of the Artist Series are sponsored in part by Leon County and the City of Tallahassee through the Council on Culture & Arts, and the Florida Department of State, Division of Cultural Affairs.